Nicholas is an Oregon native rightfully shaking things up in New York City.

A member of Company XIV, a baroque-burlesque dance company based in Bushwick, Brooklyn, Nicholas explains uses movement and performance to challenge and sometimes downright ignore oppressive social constructs regarding masculinity.

“We fuse a lot of things into one show; using a combination of  baroque dance, ballet, circus, opera, contemporary dance and burlesque to tell classic stories in ways people never imagined.We use people’s expectations of gender as a player in the story, challenging the way the audience interacts with us, especially in a sensual setting.

I can be a “man” wearing baroque heels, and a full face of makeup, and a pompadour wig made of paper, and a bra, and any number of other things while the “woman” I’m dancing with is wearing a codpiece and a jockstrap. Gender is fluid, masculinity is a contrived, femininity is a social construct and none of them matter.”

Nicholas knows a thing or two about what it means to feel othered. Not just as a queer man, but especially as a dancer who occupies a “strange space ethnically” where he is at once considered not quite White and not quite a person of color. And he’s made aware of that fact in many ways, some that are painful.

As he reflects, “I’m Middle Eastern—that is, my father is Syrian and Lebanese, and my mother is white. In the western dance traditions I grew up with, Middle Eastern only existed as belly dancers, the occupants of harems, Aladdin, ‘moors’, and more recently, terrorists. The irony of this is that the only time I’ve ever been asked to play a character that’s congruent with my ethnic heritage has been when I’ve played a terrorist, three times.

This is the result of the ongoing exoticism people from the Middle East have been experiencing for decades. But now, instead of being the dancers in the back wearing skimpy clothes, veils, and fezes, we’re holding the main characters hostage while wearing turbans, fake beards, and machine guns.”

And as a result, Nicholas strives to use his authentic self to push back, critique, and reimagine the possibilities through dance, making a deliberate attempt to move beyond the superficial rep of dancers often highlighted in shows like So You Think You Can Dance.

In more ways than one, Nicholas reminds us that, if all we’re focusing on are flips, split-leaps, and turns while ranking them on a score from 1 to 10, we’re missing the true power of dance and what it means to be a dancer.

“When people try to portray male dancers, they’re trying to portray the exceptional parts about us. And while that’s great, it’s not very interesting,” he says. “If more people would take that journey, however serious they are about it, they would realize dance isn’t a superpower. It is an innate human ability that we all possess but have forgotten.”

Growing up, my father worked in the arts all of his life. He luckily never really enforced how he thought my brother and I should be. I think that is something I am so grateful for. But simply observing him and the other men I looked up to, it was similar to how I ended up becoming.

They were all humorous. They displayed a lack of emotion, which I still do. But over time, and going through my career, and seeing how men are portrayed in this industry, I realized I can be whatever I want, which is comforting. I don’t have to really adhere, which I believe is an act of defiance.

I think if you spend enough time with something it’s gonna feel like a part of you. And so many dancers, myself included, start when they are very young. So, in a way you grow up with this experience, and without it you wouldn’t be who you are today. And I think that dance is important because I made it important to me. Having done it for so long, you can’t really separate one from the other. Dance is important because it is me.

I feel like [dance] eventually teaches you that you can be who you want to be in the same way that you can be whatever dancer you want to be with enough work and thought and feeling, I guess. I think being able to realize that all it takes to change who you are–or the way you’re perceived–is a little bit of work.  But also that that isn’t necessary. There’s no reason I need to. I could if I really wanted to, but sometimes being who you are is better for everything.

I think [men should dance] because they can. I think it’s that simple.

It is important to realize that men dance because we can, want to, we’re able to, and from a traditional masculinity perspective, that doesn’t seem to be enough. People learning and experiencing our stories, who we are, and how we came to this can help people realize we are an important part of the dance world, and the world at large.

We know the industry we came into is hard and difficult–we all know that. But for the general populace, male dancers are something to be ignored, joked about, not taken seriously. Learning our stories could help bridge that gap of communication between the rest of the world and dancers.

I believe this is a platform where my story won’t get co-opted–they won’t pull out a quote that will be put into a larger article and I might come across as something else. I believe what we see as dancers can actually be seen and heard.

That’s important for the same reason that choreographers make hundreds of pieces of work and may never get them seen. It is a form of expression that not only feels good but the stories of other male dancers–myself included–have something important to say about resilience, life, and being accepted. That may sound a little ethereal, but it is about belonging in a way.

I’ve always thought that there is a place in the dance world for any dancer that wants to dance. It might not be with Nederlands Dans Theater or New York City Ballet. It might not be with Batsheva Dance or  Miami City Ballet. But there are thousands of dance companies in America alone. There is a place for every dancer who wants to dance. That is important. No one should feel excluded. Sometimes people may feel they are too “other” for a career but in dance that isn’t the case.

And I think if more people would take that journey, however serious they are about it, they would realize dance isn’t a superpower. It is an innate human ability that we all possess but have forgotten.

I really think that perpetrating this myth that dance is for the elite or for the chosen few or not for you or not for me or whoever, is damaging to our own views of ourselves and other people’s views of us.

Nicholas proves that #WhenMenDance they teach us how to resist in the form of being honestly themselves. And the power of remembering the “innate human ability” to move as a form of celebration, defiance, and healing.

If you’re inspired, check out some of the stories of other dancers. Share them far and wide–and if you know someone who would be a great fit for this campaign, tell them to apply. 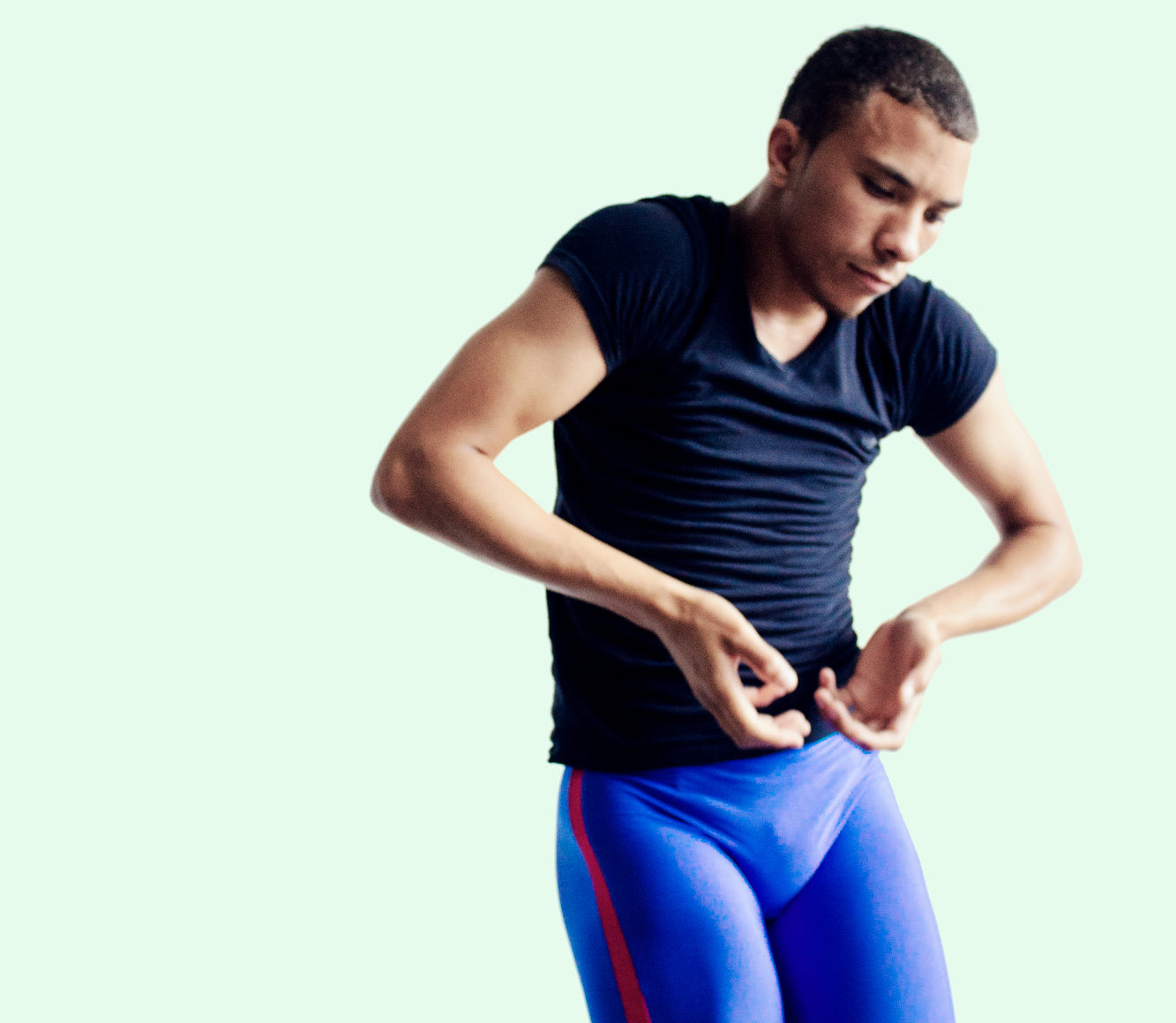 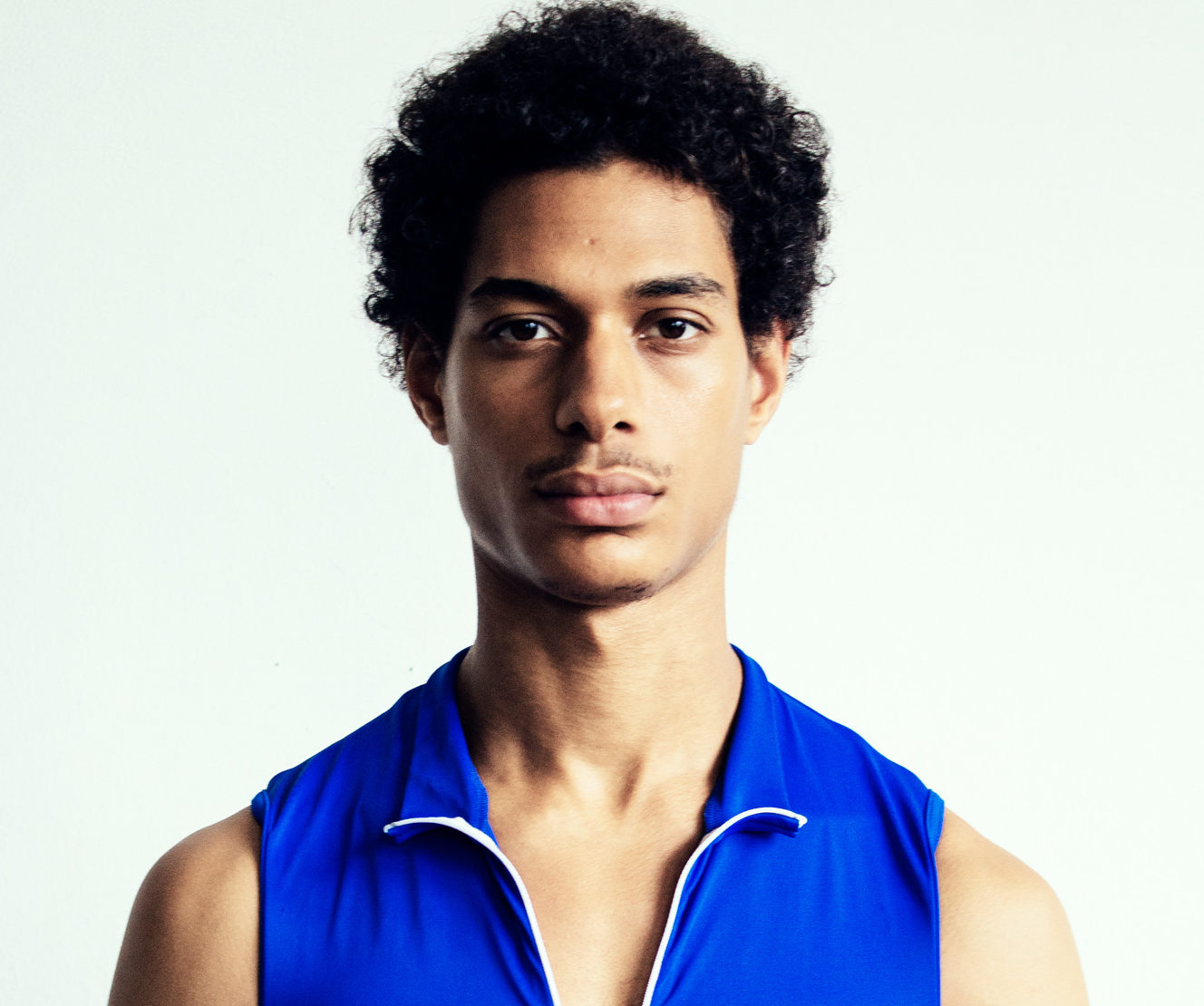